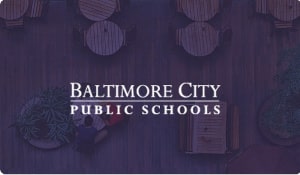 With the help of more than 11,000 full-time employees, Baltimore City Public Schools provide quality education to 82,866 students at nearly 200 schools in the greater Baltimore, Maryland area. Since its inception in 1829, literally millions of parents in Baltimore City have entrusted the education of their children to the school system; and for nearly two centuries, devoted teachers have accepted this great responsibility.

For Maryanne Zahn and Vince Shelton, the System Administrators at Baltimore City Public Schools, finding a tool that could help them monitor both their Exchange and BlackBerry systems was proving to be a challenge. “We needed to monitor our mobile devices,” states Shelton, “but we also wanted to be able to monitor and report on our Exchange servers too.”

Zahn and Shelton also needed to deliver certain reports to management on a regular basis. Zahn explains: “Our management wanted to know how many mailboxes we had on a particular database, how big the database was, and how much free space we had. We could have pulled that information by running PowerShell commands, but it would have taken us hours. Mailscape was able to generate that exact report for us in minutes and actually mail it out on a daily basis.”

The challenge for Zahn and Shelton was not only finding the right tool, but also finding it at the right price. “When we started looking for a tool, we saw an article about Mailscape winning MSExchange.org’s Best Exchange Admin tool award and it seemed to have all the features we needed,” Zahn asserts. “We considered other products, but they were all too expensive. It wasn’t until we came across Mailscape, which was less expensive and did the equivalent of what the other tools did and more that we decided to evaluate the product.”

Initially, the System Administrators were looking for a BlackBerry solution, but since Mailscape provided monitoring and reporting for Exchange server as well, it proved to be a better value. Shelton explains: “We realized that for the money we were planning on spending for just BlackBerry and ActiveSync, we could monitor all our messaging servers, so that was a huge value-add for us.”

Mailscape’s ease of installation and configuration were also key selling points for Baltimore City Public Schools. “The implementation process was very easy,” states Zahn. “And we didn’t have to do a reboot, which allowed us to go live without disturbing our production Exchange environment. After it was installed, we could pick it up and use it immediately.”

The System Administrators plan to expand their use of Mailscape by taking advantage of the Personalized Dashboard feature to create customized views for their Tier 1 support and telephone administrators. “We want more groups to use the dashboard so that they can also benefit from the information you can extract from the tool,” affirms Zahn.

“We are currently migrating from Exchange 2003 to 2007, and Mailscape has helped us move and store mailboxes and keep track of how many mailboxes we have on each of our Exchange 2007 servers. For example, we get a daily report on all the database stores in Exchange 2007 so that we can plan as we move mailboxes from the old environment to the new. Since we have to know where to put them, we are concerned with not only the number of mailboxes, but also with how much data is stored there. We’re now more efficient in putting those mailboxes in the right destination so that we don’t overtax any particular server or database.” (Zahn)

“We were having network issues with our BlackBerry Enterprise Servers, but now we get alerts on the health of our 2 BES servers, which has helped us prevent major problems for our mobile device users.” (Shelton)

“Mailscape is a great value because everything is right there in 1 web browser, in 1 view -- it is a one-stop shop. We can manage reporting, monitor our BES servers, and monitor all the rest of the messaging servers. We have everything we need, and need to know in terms of the health of our system, with Mailscape.” (Shelton)

“Having Mailscape saves us so much time in terms of troubleshooting issues and providing management with regular reports. The reports give us a snapshot of all the databases, how many mailboxes per database, and how many databases per a particular server. It saves us a great deal of time with administration in general.” (Zahn)