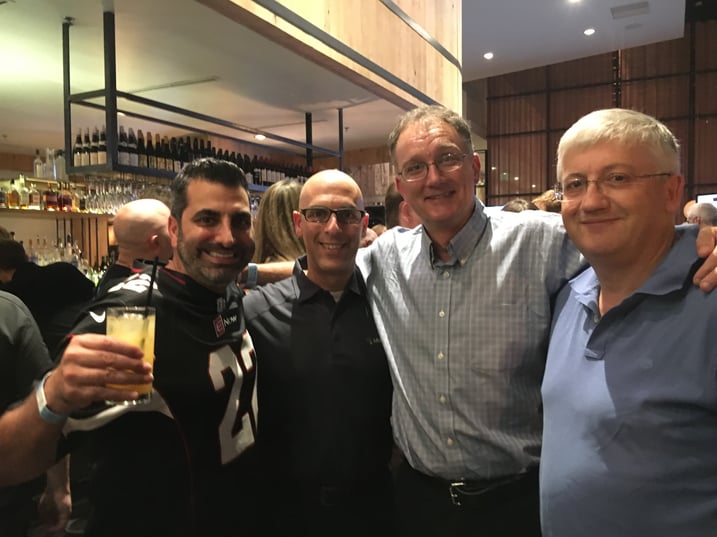 Recently I’ve been reading an absolutely fascinating book, The Greatest Knight: The Remarkable Life of William Marshal. Without giving any spoilers, Marshal was in fact an amazing man, in many ways the prototype of what we today think of as an honorable knight. I happened to be reading the chapter that discussed the emergence of the medieval tournament as a central feature of knightly culture while I was at Ignite, and the parallels were striking. Here’s a snippet of how Thomas Asbridge describes tournaments in The Greatest Knight:

"The knightly tournament emerged…as organized contests in which medieval warriors could fight under controlled conditions, earning both renown and financial reward. … Knightly tournaments in William’s day were entirely different beasts: imbued with some pageantry and awash with colour, yes, but riotous, chaotic affairs.. a critical feature of knightly culture and lifestyle in the central Middle Ages…The simple fact of hundreds, sometimes even thousands, of knights and their servants travelling from one tournament to the next, all requiring lodging and food, caused significant local disruption…Large, prosperous fairs were established at major tournament venues, with armourers, farriers, craftsmen, merchants, and entertainers all coming to ply their trade. In time, events acquired many of the trappings of the modern music festival—the massed crowds and tented cities, the glorious spectacle and ostentatious display, even the notion of celebrity."

Anyway, Ignite 2016. I admit to being a little biased; I am a former Atlanta native and love the city, except for its traffic, so I was excited when I learned that Atlanta would host this year’s show. The logistics this year were far better than the 2015 show. The Georgia World Conference Center (GWCC) has a great central location, with plenty of nearby hotels, restaurants, bars, and attractions. Shuttle service was generally smooth and efficient, the GWCC staff was friendly, and the food was better. One complaint I heard was that not everyone loved the box lunches that all attendees were served — but that was a conscious decision on Microsoft’s part to help free people’s time so they could attend more sessions.

I spent almost all my time either on the Expo floor or in customer briefings; the only session I got to attend was “Debate the top 10 reasons…” (see below). However, I ran across a few sessions that might be of interest to those who work with Exchange, its sibling products, and Office 365:

Tony and I recorded a podcast where we discussed some of the big announcements of the show, at least the ones related to Office 365. Microsoft is giving us better policy controls for Office 365 Groups, a new multi-workload approach to retention policies, some changes to Office 365 analytics, and a slew of improvements and changes in various aspects of Office 365.

There were many things Tony and I didn’t have time to talk about, though, including the release of Windows Server 2016 (it should show up on MSDN in a week or two), the very impressive demo of HoloLens as an aid to Lowe’s kitchen remodeling business, and a bunch of the stuff shown on this list of interesting sessions from the Exchange team. This is always the case at Ignite; there are so many sessions that it’s not physically possible to attend them all, much less absorb all the information available within such a short time.

Overall, I’d have to say the second-biggest highlight of the show for me was the 20th anniversary celebration that the Exchange team put on Wednesday night. Emceed by Greg Taylor, who looks unexpectedly good in a tux, it featured some historical artifacts from Exchange’s 20-year run, as well as some excellent retrospective videos. So far, only the “In Memoriam” video, commemorating long-lost Exchange features such as the M: drive, is public, but the team will be releasing additional videos, and they’re worth watching.

The biggest highlight, of course, was the same thing I cite every year: the opportunity to see old friends, meet new ones, and interact deeply with our current (and future!) customers. Jay and I got a ton of great feedback on how to make our products better, and you’ll see those improvements well before next year’s Ignite.. which, sadly, is in Orlando, not Atlanta. Mark your calendar!