How it all started

To make a long story short: the Exchange 2010 episode was rolled back and a new virtualized Exchange Server 2007 environment was built just for the purpose of hosting public folders.

Exchange Server 2013 was installed into the existing Exchange organization and mailboxes were moved from Exchange Server 2007. As part of the 2007/2013 coexistence scenario it turned out that you do not only have to configure public folder discovery mailboxes (see On-Premises Legacy Public Folder Coexistence for Exchange 2013 Cumulative Update 7 and Beyond), but also to set the PublicFolderDatabase attribute of Exchange 2013 mailbox databases as well. This was a configuration issue identified during the Exchange 2010 situation.

The migration steps provided at TechNet (Use batch migration to migrate public folders to Exchange 2013 from previous versions) are straightforward. The following steps were been used during the successful migration of legacy public folders.

Download the most recent public migration scripts provided by the Exchange Team. Copy the files to your Exchange 2007 and Exchange 2013 server. I have used D:\Scripts folder on each server.

Step 1: Create a snapshot of the current Exchange 2007 public folders.

During this step, you export the legacy public folder hierarchy and permissions for comparison reasons after a successful migration.

The assumption is that the legacy system public folders are the only bad items to expect. So we set the bad item limit to (5 + (PublicFolderDatabasesinOrg -1)). I have used a bad item limit of 50.

The created migration batch must be started.

Use the following PowerShell one-liner to verify the current state of the each migration user (public folder mailbox) of the public folder migration batch during synchronization.

I did not trust the migration process and wanted to be prepared for any user requesting "lost" data as one of the lessons learned during the mentioned Exchange 2010 public folder situation. Prior to finalizing the migration batch, I have dismounted the legacy public folder database and copied the database to file to a remote server location. This allows for connecting the database file to an EDB tool and for a manual "data restore".

Completing the migration batch does not fully switch the public folder hierarchy to modern public folders. At this point, you can still rollback your migration.

The PublicFoldersEnabled attribute might be set to Remote already. Just set it again.

While finalization is in progress, remember yourself the most important nature of an Exchange Administrator: patience. Do not try to intercept the process by restarting services or rebooting servers. Just wait.

Step 5:The Point of No Return

If you are happy with the results, it is time to say "Goodbye" to the legacy public folder hierarchy.

Verify that the PublicFolderMigrationComplete property has been properly set in Active Directory:

After a successful migration, we need to clean up the coexistence settings. 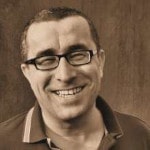 As an Exchange administrator you likely work in an environment that has public folders.  Public...

When designing for a migration to Exchange Server 2013, chances are you’ll have to deal with public...