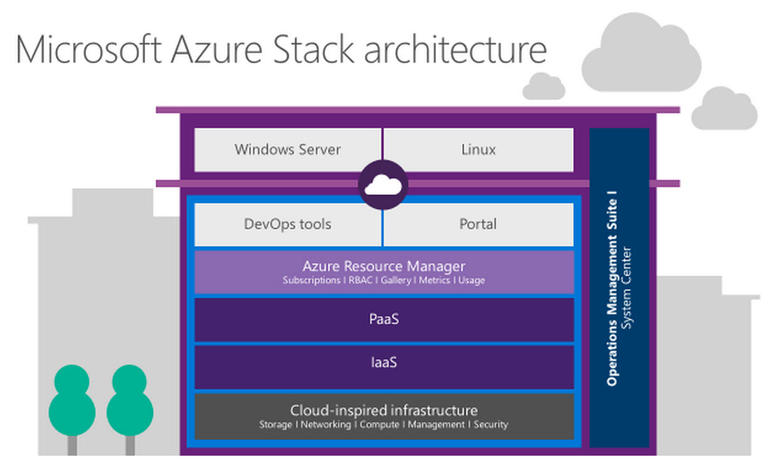 The cloud! We get it. Specialization has been the way of the world since the industrial revolution, and IT isn't immune from that trend.

The problem with "all cloud all the time" is some things must remain on-premises. If you are a regular reader, you've figured out that I have a love-hate relationship with the cloud. There is a lot of upside to moving some workloads into cloud services. I’m also a firm believer that the cloud has considerable downsides.

If I had to give a quick and simple answer to what I think the best approach to cloud services is, I would say “hybrid," or some in the cloud, some on-premises. That’s why I think Azure Stack is a great step forward for Microsoft in their cloud business.

What is Azure Stack?

Many people like to use Azure Stack as “Azure in a box.”

Azure Stack is Microsoft’s third iteration in this family of solutions. First there was Azure Pack, then there was Cloud Platform System. Both were very similar and allowed IT departments to deploy Microsoft’s cloud solutions in their own data centers.

Azure Pack was mainly aimed at very limited virtual infrastructure. The Azure Pack software could be installed on any server hardware — this caused support issues that Microsoft didn't want to deal with. Cloud Platform System came with its own hardware options from either Dell or HPE, but the price point and licensing for CPS were too high to be widely adopted into more than a few large enterprises. Azure Stack is the third, more viable product.

I love how Microsoft keeps using confusing names for these products. The huge number of products Microsoft produces can make it difficult, but I’d think they could do a better job.

Azure Stack includes more of the functionality from the full Azure cloud offering than either Azure Pack or CPS did. Azure Stack does include the hardware and software together if you want, but the pay-as-you-go licensing model should make the price point much more acceptable for more organizations. You can deploy the current Azure Stack POC software to your own hardware if it meets the requirements.

What is the best use case for Azure Stack?

The case for Azure Stack is hybrid applications. Say you’re developing the next big social media platform. If your platform takes off, you know you’re going to need a lot of resources to run it, and you’re not in the position to build your own data centers to host this application. That’s a great use for “the cloud.” Amazon Web Services, Microsoft Azure and lots of other cloud services are great for this kind of application hosting.

For whatever reason, Azure Stack gives you the ability to use a unified platform for running applications in a hybrid environment.

How do I get Azure Stack?

Azure Stack has not reached General Availability (GA) yet, so don't rush into anything. If you’d like to try out Azure Stack, you can download the latest technical preview with these instructions. Azure Stack is expected it hit GA later this year, and you'll want to wait for that before you start using Azure Stack for real production applications.

What does Azure Stack cost?

Microsoft licensing is always so much fun to figure out. Here is a quick run-down of my understanding of Azure Stack licensing. I’d suggest you contact your sales rep for more accurate information.

Hopefully that’s enough information to get you started. If you have any additional questions, let me know below.