Having an Identity Crisis 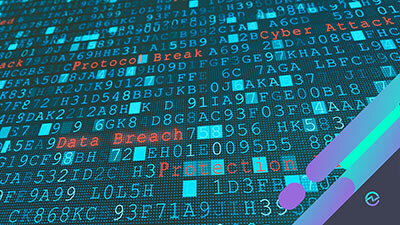 My email address is my identity

Furthermore, for years we would start an Office 365 migration by moving Microsoft Exchange on-premises to Microsoft Exchange Online. The resultant prompts in Outlook, Outlook Online and now Outlook on the Web (OWA) would read – “Enter your email address and password to login.”

Now that I have a list of email addresses I can search GitHub for one of the numerous password spray tools available to download and use immediately. Password Spray attacks are particularly useful, since a good attack will take place over time, attempting multiple passwords on every known account, taking care not to lock out any of them.

One of the factors that makes for a successful Password Spray attack is of course complex passwords. They’re too predictable. And they change with regularity to something predictable. Let’s take Contoso Corporation as an example. At Contoso, our diligent security department has trained our users to use uppercase, lowercase, symbol and numbers as part of our password convention. Users also may not write these passwords down anymore, since the last audit found many post-it notes with passwords posted on screens and other surfaces. That means passwords need to be complex – following our convention of numbers, symbols, character and case which we mentioned earlier – but still memorable.

As a result, our users prefer passwords like “ContosoSummer2020!”, “Cont0s0Winter!”

“ContosoP@ssw0rd” as opposed to “eR#3*88.yumP”, since a truly complex password that needs to change every 60-90 days is really difficult to remember.

Let’s revisit what our attackers have thus far:


Next, we execute our tools across multiple attack vectors, especially easy ones which support legacy authentication. At this point you may be sighing, since that may include your on-premises systems which you’ve published to the internet and Office 365 with legacy protocols enabled. These may include OWA, ActiveSync, ADFS, OneDrive, SharePoint, PowerShell, etc.

Our crafty attacker only needs one account to break, just one. Following which our malicious actor can logon to Exchange or Exchange Online, dump the GAL – including the list of groups containing administrators, finance and senior business decision makers and start with successive attack phases.

At this point our attacker can escalate attacks horizontally by cracking more accounts using the complete list of email addresses from the GAL, discovering more systems to exploit, reading our emails and more.

Next, our actors may craft fraudulent emails to syphon funds out of the company, with fake approval emails to finance from senior management or launch a targeted spear phishing attack against administrators or specific staff to compromise machines with malware for further attacks.

That sounded too easy, didn’t it?

There are several critical factors here:

Azure Active Directory can be configured to require 2FA based on a deciding factor, i.e. logons occurring outside of the office, or even threat vector like password lockout or rapid location change - which is easily achieved with a Conditional Access policy and our identities can no longer be compromised.

Even without Conditional Access, we can eliminate 98% of currently known identity attacks by:

Mobility as an attack vector

One of the biggest stumbling blocks against rolling out Modern Authentication and disabling Legacy Protocols is ActiveSync. It is not because ActiveSync doesn’t support Modern Auth – it has for a while – but rather it's because mobile device manufacturers have not implemented Modern Auth in their ActiveSync implementations.

In case you were wondering about how difficult it is to craft an attack against ActiveSync, I would refer you to the GitHub URL I included earlier. ActiveSync is a well understood attack vector supported by multiple open source and third-party attack stacks.

We can circumvent the lack of Modern Authentication support by your device manufacturer by using Outlook Mobile, which does use Modern Authentication. It’s also free, which is difficult to argue with as a price point. We can enforce the use of Outlook Mobile and block legacy authentication on ActiveSync using Conditional Access to create a user experience which prompts the user to install Outlook Mobile instead of using ActiveSync. I’ve advocated for a while that if we as IT support take something away from the user, i.e. native ActiveSync on the device which may be powering an integrated messaging and calendaring solution, then we need to replace that with something of more value – which is easily substantiated today with the use of Outlook Mobile.

What about Exchange On-Premises

What do I do first?

Security can be hard, very hard in fact, however most of the post-attack remediation discussion for commercial customers which I have been part of revealed that the entry vector for an initial attack was something simple. I’m certainly not discounting other entry points such as social engineering, malware, compromised websites, man in the middle, rouge AAD application, etc. Rather, I’m calling out how weak systems can be on the basis of a phishing attack or a password spray attack, or anything similar which compromises credentials. But, these attacks are only effective if passwords are the only means of securing your systems.

Adding a second authentication factor as well as massively reducing the attack surface for attacks go a long way – 98% of the way – to securing your identity landscape.

Nicolas is the founder, as well an architect, author and speaker focused on Office 365 and Azure at NBConsult. Nicolas is a Microsoft Certified Master for Exchange and Office 365, Microsoft MVP (Most Valuable Professional) for Microsoft Office Apps and Services since March 2007. Nicolas has co-authored “Microsoft Exchange Server 2013: Design, Deploy and Deliver an Enterprise Messaging Solution”, published by Sybex. 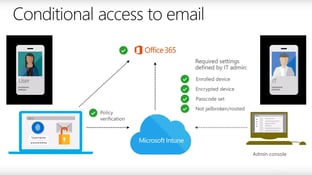 Securing your data in Office 365 can be a challenging task. The problem is that using user names... 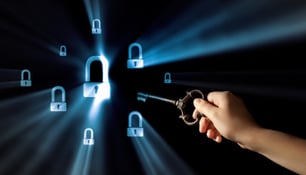 By now, Azure AD Conditional Access should no longer be unfamiliar to anyone in IT. As...