Unfortunately for some, Update Rollup 9 looks like it's going to be another uneventful update —provided that no post-installation issues arise. Except for changing where Sent Items are stored when a message is sent as or on behalf of a Shared Mailbox, Microsoft reported no new features or changes in existing functionality. That is not too surprising, given that Exchange Server 2013 is now in its third year.

Of course, the impending release of Exchange Server 2016 later this year also has a hand in this. There is no doubt that Microsoft is now focusing on getting the new version ready for prime time, especially considering a public beta is expected sometime this summer. This being said, future updates will very likely continue to add and change features in Exchange Server 2013. One of these new features being the new Hybrid Configuration Wizard (discussed here).

Below is a selection of fixes that are included in Cumulative Update 9, a complete list is available here: https://support.microsoft.com/en-us/kb/3049849.

Next to these fixes, Cumulative Update 9 also includes the security patch for the vulnerability described in MS15-064. As discussed previously, the vulnerability allows an attacker to elevate his permissions and compromise the host system after which either the host system or other systems in the network of the host can be attacked. If you have deployed Cumulative Update 9 or you plan on doing so shortly, you do not need to manually install the security patch.

A word of warning, though: According to Tony Redmond, some customers reported issues after installing the security update. Given that this patch is included in the update, it remains to be seen if any issues will affect the stability of Cumulative Update 9 itself. If anything, this stresses the need to properly test any update before installing it into your production environment.

Although only a few fixes are included in Update Rollup 10, they address some annoying issues, like:

The fix described in KB3069055 is important from a monitoring perspective, too! Mailscape (our leading Exchange Monitoring & Reporting Solution) uses some of the built-in scripts to query Exchange for information, which is used to determine the state of the environment. If you have installed WMF 4.0 or are planning to, make sure to upgrade to UR10 first! 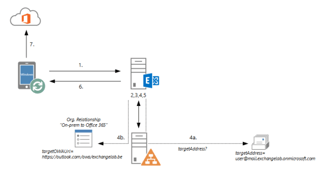 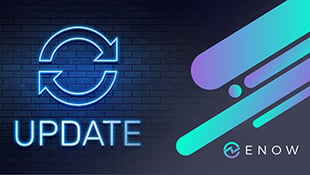 On September 28, Microsoft released their quarterly updates for Exchange Server: