Do I want my distribution lists to be Groups?

This is a reasonable question to start off with because Groups are certainly different than distribution lists, and everyone may not appreciate those changes.

When Microsoft first introduced Groups in late 2014, and talked about them at the first Ignite, Groups were pitched as a way for users to take control of collaboration without those pesky IT departments getting in the way. Microsoft wanted to sell Groups as a feature that belonged to end users, with little or no administrator oversight of Groups being possible.

I was invited to a private session at the first Ignite where Microsoft asked customers about Groups and what functionality changes they wanted to see. The response was overwhelmingly slanted toward requests for better administrator control of Groups. To Microsoft’s credit, they have changed course, and a lot of administrator controls have been added into Office 365 Groups.

With all these administrative improvements, in addition to an impressive list of user features, Office 365 Groups are a feature that most organizations in Office 365 should be using.

Can I migrate a single distribution list into Office 365?

Getting started with your distribution list to Group migration

When you’re ready to start migrating your distribution lists into Office 365 Groups, the first thing you’ll need to do is download the scripts Microsoft has created. The distribution list to Group migration scripts are available on the Microsoft Download Center.

That package will download four scripts that run in PowerShell V 3.0 or better. Once those are downloaded, you need to run the following PowerShell command

That command will show you the path where your workstation is configured to look for PowerShell modules. On my workstation, it’s C:\Users\Nathan\Documents\WindowsPowerShell\Modules, but your mileage may vary. You need to copy DlMigrationModule.psm1 and DlMigration.strings.psd1 to that folder.

The other two scripts are as follows:

On-premises distribution lists with a member join or depart restriction set to Closed will be converted to private Groups with the -ConvertClosedDlToPrivateGroup parameter.

The following additional parameters can be used with the two scripts.

There you have it, everything you need to know to migrate your on-premises distribution lists into Office 365 Groups. Hopefully this will help make your migration into Office 365 a little bit easier.

There are a few compelling reasons to move to Office 365, and in my opinion, Office 365 Groups are... 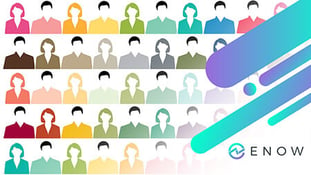