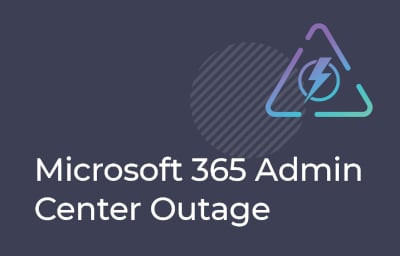 On November 30th, 2020 at ~4:30pm UTC, Microsoft reported an outage that was causing a number of users to see delays or timeouts when accessing the Microsoft 365 Admin Center or admin functions therein.

Shortly after Microsoft's initial tweet, several users responded on Twitter to confirm that they were experiencing these issues as well as to express their frustration with their inability to access the Microsoft admin center resources.

Roughly an hour later, Microsoft reported that they had identified that a group of infrastructure components weren't performing at acceptable thresholds. They were working on rerouting admin center request traffic away from these components and they would restart them once it was completed.

On September 30th at roughly ~5:00 pm UTC, Microsoft reported an issue where users may be...