In October of last year Microsoft released a new version of on-premises Exchange server. Here at the ENow's Solution Engine blog, we realized we had a lot we could cover. Normally I focus mostly on writing about Office 365 and Azure features and updates, but I think there is still room in the blog-o-sphere for a post about on-premises software too.

Since Exchange 2019 came out almost 3 months ago, I don’t see a lot of point in doing another blog post that lists “What’s New in 2019.” I’m going to try a slightly different approach here and assume that you’ve had a chance to review the new features in Exchange 2019. If not, there are plenty of places to find that information already.

In this blog post, I’m going to talk about the decision to upgrade to Exchange 2019 or not. I’ll try to consider the different situations in which an organization might find themselves.

Exchange 2010 was the last version of Exchange released before Office 365 was made publicly available. Sure, BPOS was a thing, but it wasn’t a reasonable option for most organizations. We had a great run with Exchange 2010, but it’s time to move on. The question is “where?”

Is Exchange 2019 a reasonable choice for organizations running Exchange 2010 (or older)? I’d say probably not.

First, there is no direct upgrade path from Exchange 2010 (or older) to Exchange 2019. If you’re on a version of Exchange before Exchange 2013 then this is going to be a multi-step upgrade for you.

Beyond the inability to upgrade directly, there are a few other reasons your Exchange 2010 running organization may not be ready to move to 2019.

I don’t think there are a lot of organizations that still need these deprecated features, but I’m sure there are some of them out there. If yours is one of them, then Exchange 2019 is not for you.

If your organization is moving to Office 365, and you plan to synchronize user accounts from your on-premises Active Directory, then you’re going to need an on-premises Exchange server to be in a fully supported configuration.

When you sync user accounts into Office 365, Azure Active Directory marks those accounts as “read-only.” This means that you are unable to modify the attributes of those accounts from within an of the online portal tools. When using synchronized accounts, you won’t be able to make changes like adding an additional email address to a user’s mailbox in any of the cloud portal tools.

Microsoft has not added a free Hybrid server key for Exchange 2019 to the to the Hybrid Configuration Wizard. This means that if you need an on-premises server just for Exchange attribute management, you should use Exchange 2016. With Exchange 2016 the HCW will license this server for you, and you are not required to buy anything beyond your Office 365 licenses.

Microsoft understands customer don’t want to have to deploy an entire Exchange server for these minor user management tasks. There has been an effort by Microsoft for some time to create a non-Exchange server-based management tool for this purpose, but as of this writing that tool has not been released. Hopefully sometime in the future Microsoft will release a tool that is supported for editing Exchange attributes in your local Active Directory, but I can not tell you when that will be available.

We’re on Exchange 2016 and like to have the latest and greatest.

There are some cool new features in Exchange 2019 that may well make it worthwhile for organizations committed to on-premises Exchange server.

Support for SSD hard drives, support for non-English characters, and support for running Exchange on Server 2019 core can all be compelling reasons to upgrade to Exchange 2019 if your organization is committed to staying on-premises.

Of course, Microsoft would clearly prefer everyone go to Office 365. We have no idea how many future versions of on-premises Exchange server will be released. If your organization is committed to staying on-premises, buying Exchange 2019 might help convince Microsoft that it needs to keep releasing on-premises versions of Exchange.

Maybe I’m a grumpy old man, but I don’t always think “the cloud” is the right answer for everyone. While this opinion clearly runs contrary to the entire ethos of Microsoft, I think there are good reasons for some organizations to manage their own infrastructure the old fashion way.

I’m not going to take up a bunch of space in this blog post going over reasons not to move to the cloud, but I will say if you want to run your own Exchange servers then Exchange 2019 is an excellent choice.

Someday new versions of on-premises Exchange may not be available, and at that time you may need to decide about staying with Exchange. For now, Exchange 2019 is a viable on-premises option. 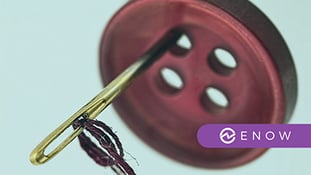 Face it, most Exchange administrators look forward to their weekly patching projects about as much... 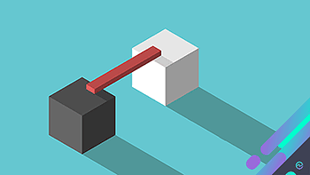 “Cut-over” . . . . Even the word itself sounds abrupt. The pressure of preparing all your data,...