Is a hybrid Exchange deployment the right option for you? 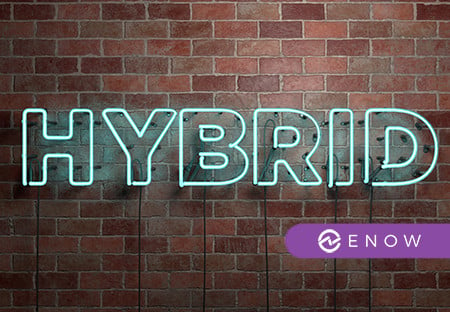 One decision to make when moving to Office 365, is determining how to move mailboxes. There are various options available and this makes it hard to see the forest through the trees. And choosing the right approach is no easy task. The decision is influenced by many variables such as the size of your organization, the impact on your users, the impact on your IT department, and the bandwidth of your internet connection.

Before we address the question of whether or not you should go down the road of a hybrid deployment, let's quickly review the options that are available to you today. Please note that the descriptions below are not intended to cover all aspects of each approach, rather to paint a picture of the current landscape:

But how about an organization that just moved all its mailboxes into Office 365? Today, you have to keep at least a single on-premises Exchange server for administration purposes if you have directory synchronization enabled. Theoretically you can work around this requirement by managing objects directly through Active Directory. However, doing so yourself or using a 3rd party tool that does it for you, isn't officially supported…. For many it doesn't make sense having to keep a server if all what you are trying to do is to get rid of them in the first place. But it's a consequence of how things work today. I have no doubt that in the future Microsoft will "solve" the problem. But we're not there yet…

Truth be told, directory synchronization isn't the most important reason why people (don't) choose the hybrid approach. As mentioned earlier, a hybrid configuration is the only approach that allows you to move mailboxes back into the on-premises environment with the same ease to move it into Office 365. So, while the hybrid deployment gives you the ability to move to Office 365, it immediately provides you with a back-out plan. Especially if you are still “dipping your toe in the water,” this is a perfect argument.

Additionally, the native mailbox moves in a hybrid deployment happen 'online' and are almost fully transparent to the end user. Except for a few restarts of Outlook, a user won't notice that his mailbox was moved to Office 365. That is quite different from having to instruct them on how to update or recreate the Outlook profile… Outlook isn't always the largest concern. Mobile devices are just as important, if not more important these days. In a cutover or staged migration, mobile devices using Exchange Active Sync (EAS) must be reconfigured. Since the latest Cumulative Update for Exchange 2013, this is no longer the case in a hybrid deployment. Most mobile devices will now automatically update their profile. This is not only a benefit for end-users, but also for the IT department which has to support those users. It takes away a huge amount of work during migrations. If you are using some sort of mobile device management platform, you can argue that the platform can take care of device reconfiguration. And while that is true, it still involves making sure the configuration changes are pushed which costs more time than just having the clients update the next time they try to connect to their mailbox.

From a technical perspective, the native mailbox moves also prove to be more attractive than the other migration options, much for the same reason of not requiring a resynchronization of the offline Outlook cache (OST). The best way to explain this is through the following example: you move a 5GB mailbox to Office 365 in a hybrid deployment. After the 5GB has been transferred (over the internet), the user's Outlook profile is reconfigured to point to Office 365. In a staged or cutover migration, the 5GB that was uploaded now needs to be downloaded again because of the OST file resynchronization. That is, assuming you don't use Outlook 2013 built-in slider to limit the amount of data that is kept in the cache. Regardless of this, the downside of the other migration approaches is that they require data to be downloaded again. In a staged migration this can be a controlled process because you decide how large a migration batch is. The same is not true for a cutover migration. When the cutover is performed, all Outlook clients will resynchronize their content at approximately the same time, unless you have clients connect to their new mailbox in waves... If you have an internet connections that is large enough, you might be able to deal with the additional load. But what if you are in a remote area and you only have a 5Mbps connection to the internet…?

Another strong argument for a hybrid connection is the ability to migrate public folders or allow cross-premises access to public folders. Neither the cutover migration nor staged migration process allow you to do that.

I don't want to paint the picture that a hybrid deployment will solve all your problems. It won't. I'm just saying that it's a very flexible way of migrating users to Office 365… Ultimately it's up to you to compare the efforts and complexity of setting up a hybrid deployment to the benefits it provides and then decide if the limitations of the other migration approaches are something you can deal with or not. If you can live with those limitations, then I would certainly have no problem recommending going down that road instead.

On-premises components, such as AD FS, PTA, and Exchange Hybrid are critical for Office 365 end user experience. In addition, something as trivial as expiring Exchange or AD FS certificates can certainly lead to unexpected outages By proactively monitoring hybrid components, ENow gives you early warnings where hybrid components are reaching a critical state, or even for an upcoming expiring certificate. Knowing immediately when a problem happens, where the fault lies, and why the issue has occurred, ensures that any outages are detected and solved as quickly as possible.

Over the past few years, Microsoft has made many attempts to do away with public folders. If are... 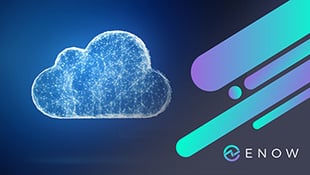 Office 365 is a tremendous service that we all know and love. With Office 365, IT Pros and end...