Teams in a Hybrid Exchange Environment

Recent reports have shown that Teams is gaining a lot of momentum within the enterprise. According to the survey from Spiceworks, about 21% of the respondents were using Microsoft Teams over 15% that were using Slack. Although the sample size (901 respondents) is too small to represent the entire market, it clearly shows an upward trend. Given its popularity, it’s not uncommon to see that Teams is also used within organizations that haven’t fully migrated to Office 365 (yet). However, the use of Teams in a hybrid deployment is bound to a couple of restrictions.

To enable Teams’ ability to work with Exchange on-premises, the hybrid deployment must have successfully been configured with OAUTH. If you are using Exchange 2013 or Exchange 2016, this should automatically be the case.

If you are unfortunate enough to still run Exchange 2010, then you’re out of luck; it doesn’t support OAUTH. With the nearing end of Exchange 2010’s lifecycle, you should really consider upgrading to either Exchange 2016 or even 2019 if you need the hybrid deployment for a little while longer.

Secondly, to get most features out of your hybrid deployment, you should be running Exchange 2016 CU3 or later. This is because CU3 includes updates to the Autodiscover service. The so-called “Autodiscover V2” endpoint allows unauthenticated queries, but will also only return the API endpoints. Here, the message is: if you aren’t running a later version, you are doing things wrong! After all: Cumulative Update 11 for Exchange 2016 was released in January 2019…! Without the latest updates, your users wouldn’t be able to create and view meetings.

The good news is that most Teams features work. However, any feature which relies on data being stored in the user’s mailbox won’t. This seems only logical as Teams would have no way to (directly) connect to the on-premises mailbox!

If you don’t care about compliance in Teams, the lack of these capabilities might not be a showstopper. However, consider that also the following (more functional) features won’t be available to your users with an on-premises mailbox:

Whilst the list of features that don’t work isn’t very long, the above examples are likely features that are more essential to how Teams is used –especially if you work in an organization that encourages your users to organize their work themselves within Teams. Not being able to record voicemail messages would be crucial if you use Teams for calling as well.

Depending on the use case, none of the limitations have to be real showstoppers in your hybrid deployment. However, if you want to have the full experience of Microsoft Teams, it is better to have the user’s mailbox in Exchange Online. As such, my recommendation is to move to Exchange Online mailboxes prior to using Teams. If you can’t, and the very least move them as quickly as possible to gain the best possible end-user experience.

Monitor Teams in a single pain of glass with ENow's OneLook dashboard. Mailscape 365 uses synthetic transactions to actively probe for faults and failures, so you can trust the results to accurately mimic what your end-users see and experience.

Have questions on Teams monitoring? Chat with our bot and it will connect you with one of our representatives 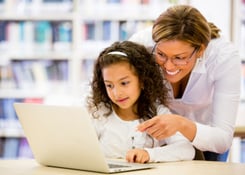 For many people who are moving to Microsoft Teams for Enterprise Voice, a major component that...