Where in the world is my Teams conversation? 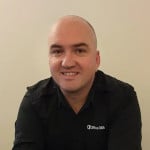 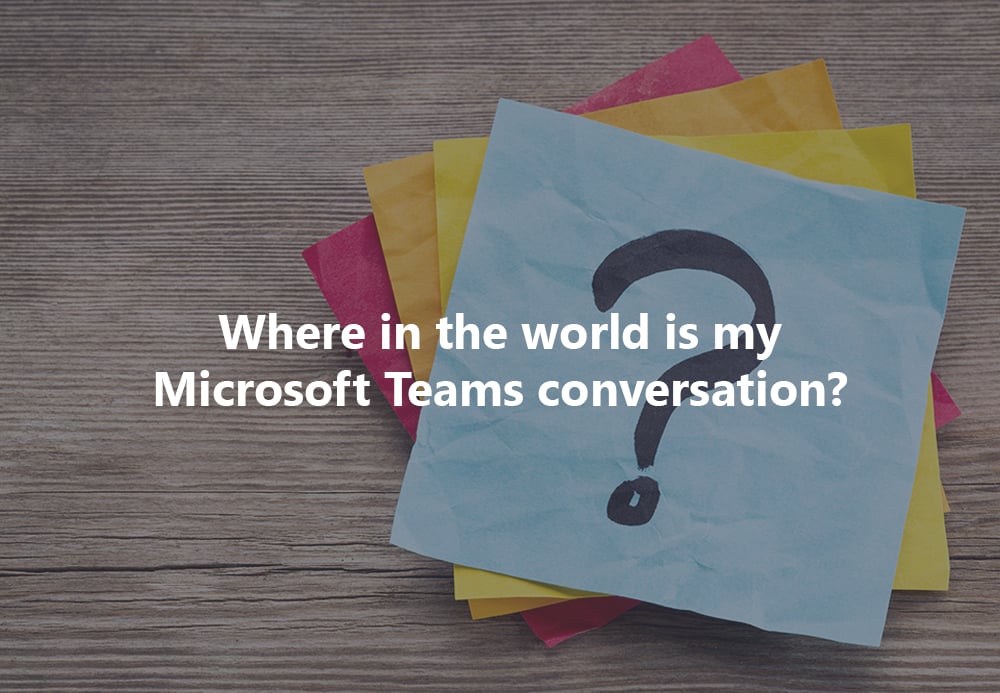 At least, that’s what Microsoft says.

The reality is that shared channels in Microsoft Teams pose a number of problems, and to be honest, the platform wasn’t exactly that simple to begin with.

The focus of this piece is not so much shared channels, but really ALL of Microsoft Teams and its various external collaboration methods.

Choose your own adventure

To start with, let’s look at the options available to the average user when communicating with someone from another organisation.

With chat we already have an endless number of permutations once both users start accessing beyond their own tenants.

No, one of the above points was not mistakenly repeated – think about how many group chats you’re in with the same people, both inside and outside of your organisation.

While it may seem unrealistic, it’s a stark reality that in some industries and organisations this may be a reality. Examples would be joint ventures, partnerships, and other relationships where people may find themselves connecting with the same people.

Take me for example:

What this means, is that I may have conversations with the same people in any number of different configurations. Sure, you could argue that I’m not the average user, however my scenario is not completely out of the realm of reality for end-users.

So, where did I have that conversation about that widget???

Moving beyond point-to-point and ad-hoc chats, let’s think about more structured scenarios. Before shared channels moved to General Availability, the only structured option was for people to become guests in an external Microsoft Teams tenant.

Let’s look at our permutations of conversation locations shall we?

While in many cases it is most likely that the invite is in a single direction, the stark reality is that every organisation and group of individuals works a different way.

Take a project as an example. Organisation A creates a Team in their tenant for their project, as it is triggered from a system such as SalesForce or Dynamics, or even just created manually. The intent for this Team is to bring users in from Organisation B so everyone has a central place to communicate and collaborate. Sounds good in theory…

But what if Organisation B has the same intent? This scenario is all too common, because it’s simply not a reasonable expectation that every user involved from the project in Organisation B will join the Team in the Organisation A’s tenant. Even if they did initially, it would very rapidly fall apart as people wouldn’t necessarily remember to tenant switch, people would leave/join the project and need to be added to the Team as guests, and to be blunt – some people just wouldn’t care or see it as a good use of their time (e.g. stakeholders, executives, etc.).

And the reality of tenant switching is that it can’t be done while you’re in a call or meeting without it being dropped, so often users drop the habit very quickly.

Now let’s throw shared channels into the mix, sold as the panacea of the whole guest situation.

A big win of shared channels is that you don’t have to leave your own tenant to participate in channel conversations from another tenant. This is a BIG win. No more accidentally dropped calls/meetings. No more forgetting to switch back and missing things from your home tenant.

Both from an internal and external viewpoint, shared channels is a fantastic solution… if we didn’t already have and use the others.
And shared channels also brings with it one fairly big change in how things work from guest access: guests can’t be added to shared channels.

Take the scenario that you (Person A) are a guest in a Team in Tenant B. Someone in another Team decides to create a shared channel and invites you to that.

Let’s throw into the mix chat and groups chats with people from Tenant B that exist in Tenant A. I could create a new set of dot points, however the reality would look something like this:

Like the book and its follow-on series, how do we deal with something that was overhyped at the time and seemed like the best thing ever, only to be actually provided with something that is a underwhelming, makes some sense, has you scratching your head at times, is of limited satisfaction, will to continue exist whether you want to participate or not, and can’t be turned into a diamond even if Tom Hanks is selling it?

Well, unfortunately, there’s no one simple answer. And there’s also no way of achieving it without some sort out pain for someone.

Some of the options available and their consequences are:

You could always ensure users are continually well trained and make smarter choices, as well as find ways to manage the various ways of working and communicating.

Ah… that’s hilarious. Who’s going to pay for that?

Adoption and change management unfortunately don’t carry the same level of weight and importance as they once did. Many CFOs think that users don’t need training due to the large array of content available online for free, and the fact that everyone managed perfectly well with the pandemic. I mean, Microsoft Teams usage went through the roof so clearly people have no issues with it.

And who can argue with that logic, right???

Let’s be real, shall we?

You can’t stop progress. People want to collaborate, and the tools will continue to change.

With Skype for Business, Microsoft Teams, Yammer, and other communication methods – organisations haven’t gotten rid of email, and they never will.

However, one thing Microsoft does well is offer choice. Many times, too much choice. In this instance, IT professionals need to look at the nature of how their staff communicate, who they communicate with, what’s realistic, what’s practical, and what options should exist.

Just because the table earlier showed consequences doesn’t mean they shouldn’t be weighed up or actioned.

Right now, users have too many ways to communicate in Microsoft Teams. Help them by guiding them towards the rightest (not a typo) way that works for them.

Do it now, before they go back to sending more emails because it’s simpler to work with.

Microsoft Teams has become a mission critical communication tool for companies all around the world. When it is not available, users productivity comes to a screeching halt. Calls flood into the help desk and Microsoft Teams administrators are left wondering is the issue on their side or on Microsoft’s? Hours are wasted on Crit-Sit calls until the root cause is determined. 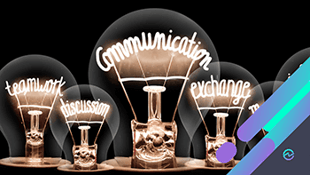 Reconnecting: Microsoft Teams and Beyond at Comms vNext

Wow. As I sit here and reflect on the afterglow of Comms vNext Reconnect, that's all I can think.... 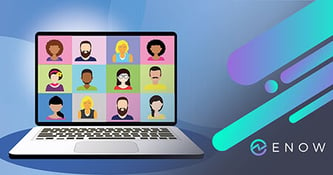 Microsoft Teams is the darling of the Microsoft 365 suite, with pretty much every app in the...