On May 26, 2021, at ~6:31 am UTC, Microsoft stated they were investigating an Exchange Online issue in which users were unable to forward email.  However, the exact geos impacted were not immediately confirmed and Microsoft suggested that the impact could be for any user of Exchange Online.

Approximately 2 hours later, Microsoft indicated that a recently deployed spam rule was causing the issue and that fixes were underway.

At ~10:09 am UTC, Microsoft indicated that the issue had been resolved.

Later that very same day, at ~5:20 pm UTC, Microsoft reported that they were investigating another separate issue in which email was being sent to the junk folder.

Approximately an hour later, Microsoft indicated that a recent change was being reverted in an effort to resolve the issue.

And not long after that, Microsoft announced that the reversion was complete and that successful email delivery was being observed.

At ~1:56 am UTC on May 27, 2021, Microsoft reported that reprocessing of emails was continuing and would take a few more hours to complete.

At ~6:25 pm UTC, some 24 hours after first reporting the issue, Microsoft was finally about to confirm that the matter was fully resolved, with all emails being reprocessed.

Here are resources for Microsoft Teams monitoring and reporting during service outages.


The Importance of Office 365 Monitoring 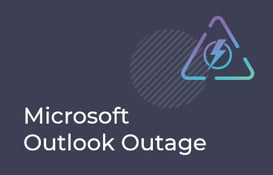