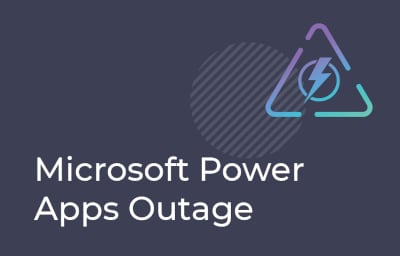 On May 4, 2021, at ~9:52 am UTC, Microsoft reported an unspecified issue with Power Apps and Power Automate. Twitter users responded confirming impacts to at least the North/South American geos.

Approximately an hour later, Microsoft was able to identify the issue (timeout errors within caching components) and a restart/reroute was being performed as the investigation continued.

At that same time, Twitter responses were for the most part optimistic, as many were seeing restored services and functionality.

Approximately 2 hours since first reporting, Microsoft had communicated that they were taking even further action towards performance improvements as to the issue.

By ~12:51 pm UTC, Microsoft had announced that all remediation efforts were complete.

Here are resources for Microsoft Teams monitoring and reporting during service outages.


The Importance of Office 365 Monitoring

On August 31st at roughly ~4:30 pm UTC, Microsoft reported an issue with some users accessing Power...