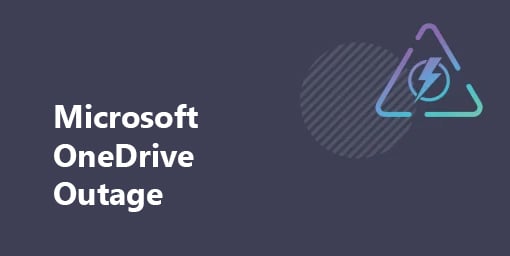 On December 2nd, 2022, at ~9:05 AM ET, Microsoft communicated via tweet (@MSFT365status) that they were working on an issue where users may be unable to access OneDrive.

For IT professionals and system admins with Microsoft admin center access, the issue number is OC478285.

We're working on an issue were some users may be unable to access OneDrive. Our investigation has identified an API issue within the OneDrive infrastructure is causing impact. We're working to identify mitigation actions to remediate impact.

Users in the replies section made mention that this was a global issue; however, Microsoft has not confirmed that.

A couple hours later, Microsoft updated users that the issue was due to increased traffic load.

We identified an increase in traffic load in the affected environment. We've confirmed recovery after routing traffic to alternate infrastructure which alleviated the impact to OneDrive. More info can be found at https://t.co/nEuSQarMf3 under OC478285.

On September 29th at roughly ~2:15 pm UTC, Microsoft reported an issue where users may have been...

On September 29th at roughly ~9:00 am UTC, Microsoft reported an issue where users may be unable to...