As AD FS has been implemented in Azure AD Connect some while ago, the automatic configuration seems to be very easy for the Office 365 Relying Party Trust. However, many SMB’s want single sign-on for all their Office 365 and Azure applications and then the name AD FS often appears. But which sign-in options are available and when should I choose AD FS? The following diagram gives a short overview about the sign-in options: 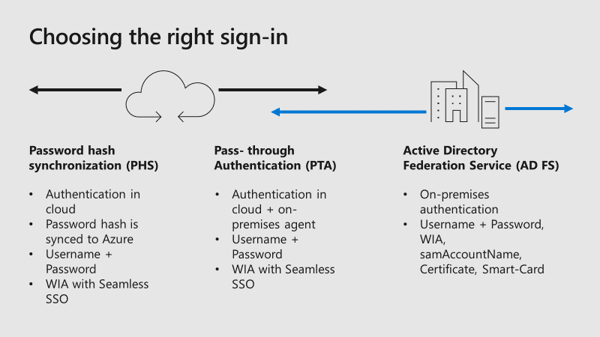 Azure Active Directory did a great step forward the last weeks and months to enable organizations to create (or migrate) custom SAML-based authentication settings for their on-premises applications. Azure AD has already thousands of applications integrated to enable single sign-on with other cloud applications like AWS, Goolge, Salesforce, and so on. Microsoft provided new tools and documentation to walk you through your app migration experience and show you which apps you can easily connect today.

The National Cyber Security Centre published a blog post last week and gives a new guidance to move to cloud-native authentication. The new recommendation in hybrid environments should prefer native authentication against Azure AD rather than AD FS. Cloud-native authentication in hybrid environments means that you should use seamless SSO with Password Hash Sync. As this recommendation is really great, especially for SMB’s that install and configure AD FS only for Office 365 without any additional security configurations, there are still some requirements for organizations to use AD FS instead of Password Hash Synchronization:

This blog will explain why passwords are weak and why you should use a password-less sign-in method to access your on-premises and cloud applications.

Why Passwords are Weak?

After reading these alarming numbers, you should think about to adjust your organization’s password policy, or even better, deploy a second factor authentication like Azure MFA for all your users. Additional information, like Azure AD Password protection that allows admins to prevent users from securing accounts in Azure AD and Windows Server Active Directory with weak passwords can be found in my other blog post .

An easy and simple insights in your AD FS infrastructure can be found in the Azure portal under Azure AD Connect Health, implied you did configure it. The below diagram shows bad password attempts to my Office 365 tenant: 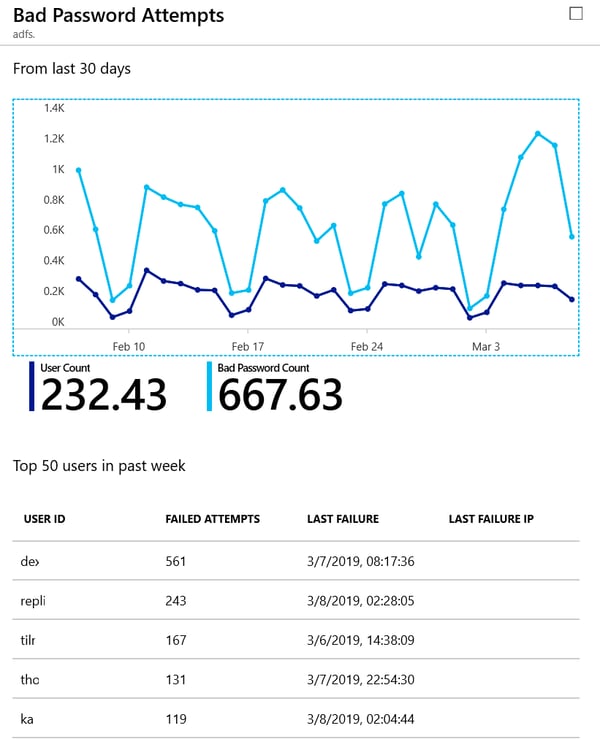 Microsoft did a great job and provided a lot of tools to secure your organization’s environment. Independently for which authentication solution you will decide, you have to protect your accounts for every sign-in method, no matter if it is native cloud-only authentication in Azure AD or on-premises authentication with AD FS.

Proactively monitor AD FS from the end-users perspective with ENow's industry leading monitoring platform. ENow monitors all of your AD FS servers and performs synthetic transactions, including performing a Single-Sign-On against Office 365 from inside your organization and outside (remote tests).