Over the past two weeks, Microsoft has made a range of announcements around updates and new releases of Office, Office 365 and Exchange. The fact that Microsoft announces updates is hardly surprising. By now you should be used to the never-ending cascade of new features that are constantly dropped onto the market. A good way to keep track of what’s to come is the Office 365 Roadmap website.

This being said, let's zoom into the announcements, more specifically:

Although these announcements seem unrelated at first, they very much impact one another. Let's take Office 2016, for instance. The new version of Outlook supports Office 365 Groups - a feature that was previously only available through Outlook on the web (OWA). Customers still running Exchange 2007 should be aware that Outlook 2016 cannot connect to an Exchange 2007 server; this means that you either have to upgrade to Exchange 2010/2013 or soon 2016 if you want to take advantage of the new client.

The upgrade to Office 2016 should be less disruptive than the previous version of Office. The user interface changed quite a bit from Office 2010 to 2013, which was not always perceived well by everyone. At first, some people felt "lost" in the clients. A similar thing happened when Microsoft introduced the "ribbon" in Office 2007. It took users a while to get used to the new UI changes. If you are already on Office 2013 today, the change to Office 2016 will not be much of a difference. There are, of course, some UI changes, but the client is largely the same as before. Most of the changes were made "under the hood" in terms of features and capabilities.

In the past, upgrades of Office were very invasive and required quite a bit of involvement from IT. Unfortunately, this is still the case today, at least if you are not taking advantage of the click-to-run deployment offered through Office 365. If you do, the upgrade to Office 2016 will happen automatically with little to no additional effort required. For click-to-run deployments, the upgrade to Office 2016 is scheduled to start automatically in early 2016. With this comes a few caveats, though. For instance, if you have a version of Visio 2013 or Project 2013 installed on the local computer, these versions will be removed when the upgrade to 2016 is performed. Similarly, you cannot have Office 2013 and Office 2016 ProPlus installed on the same computer, nor can you have a Volume License version of Office 2016 installed alongside the ProPlus (Click-to-Run) installation; this used to be different!

For organizations that do not want the automatic update to Office 2016, some additional work is set aside. You will have to point your clients to update from your internal network rather than the internet distribution point from Microsoft. That in itself can have a significant impact. Personally, I believe it's better to ensure that you are ready for Office 2016 by the time it hits your clients.

Of course, all of this assumes that you are running ProPlus (Click-to-Run). If you still have the MSI-based deployment, you continue to be in full control of how and when Office is deployed. Now, you just have to figure out how to get it deployed quickly to your users!

Moving along to Exchange, we saw Cumulative Update 10 for Exchange 2013 released as well as Update Rollup 11 for Exchange 2010 Service Pack 3. With the release of the latter, Microsoft reinforced that they will not ship regular updates for Exchange 2010 anymore given that it's now officially out of mainstream support. Over the next few years, only security and time zone updates will be made available. If you aren't already planning to move to Office 365 or Exchange 2013/2016, now might be a good time to start looking into that!

In the past, the coexistence updates were released about around the same time as the new version of Exchange hit the market. This means the official release of Exchange 2016 cannot be far off. Earlier this year, Microsoft released a public preview of Exchange 2016 and that update was really promising – much more than Exchange 2013 was at its release. That, too, is not very surprising as Exchange 2016 is more of an "Exchange Server 2013 v2" instead of a brand-new Exchange server version.

Last, but certainly not least, Microsoft announced a new feature coming to Office 365 in the next few months: Office 365 Planner. For those who are not familiar with it, Planner is a lightweight task management platform that will be fully incorporated into the Office 365 experience. Looking over the announcement, it seems to combine a variety of known features from products like Office 365 Groups, Microsoft Project, Outlook Tasks and Delve to combine those into a light-weight task/project management tool. It looks very promising and is exactly what many organizations are looking for. Often, the task management capabilities Outlook offers aren't sufficient and too individual, whereas Microsoft Project and Project Server are too elaborate. And then there are third-party apps like Wunderlist, which only offers a subset of features, though it does them very well.

It will be interesting to see how the feature will perform "in the wild" and how it is perceived by customers. I definitely look forward to it. If you want to play with it ahead of time, make sure to enable your (test) tenant for "First Release." Microsoft said it will be rolling out Planner to those tenants as soon as next quarter. 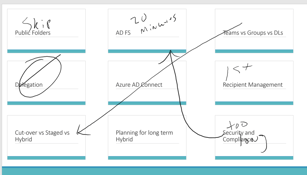 New Features in Office Pro Plus

Microsoft Exchange
This is a blog post I never thought I'd write, and just a short time ago, I couldn’t have imagined...
Read more 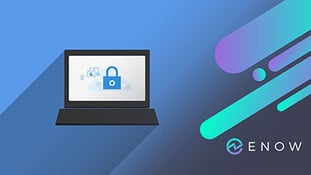 Migrating to and Using Microsoft Defender for Office 365

Microsoft Defender for Office 365 (MDO) is Microsoft’s response and feature set when it comes to...