On July 15th, 2020 at ~ 4:30 pm UTC, Microsoft reported an issue that was affecting users’ ability to access Outlook.

They soon after reported that they were investigating a recently deployed update that they thought may be the source of the issue.

Not long after, many started expressing their frustrations with the major effects the outage was having on their organizations. Some reported over 1,000 users within their organization that were unable to access outlook. Others expressed frustrations with the multiple recent outages that stemmed from an update that was launched without proper testing. 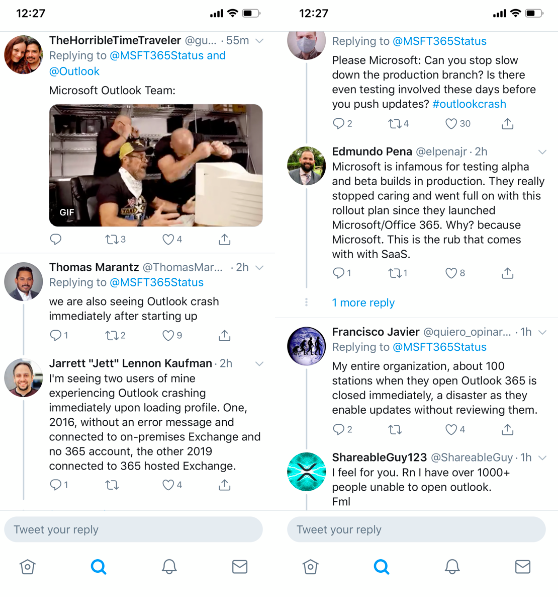 Microsoft posted a vague update in the admin center that left users with a lot of unanswered questions. 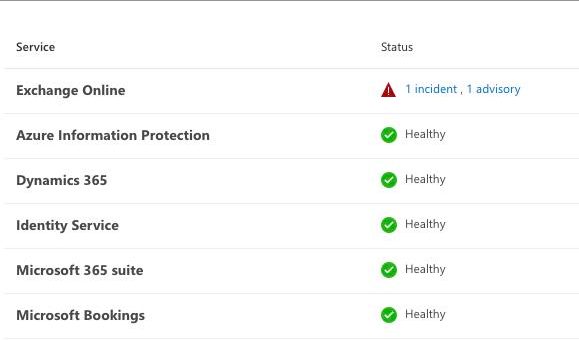 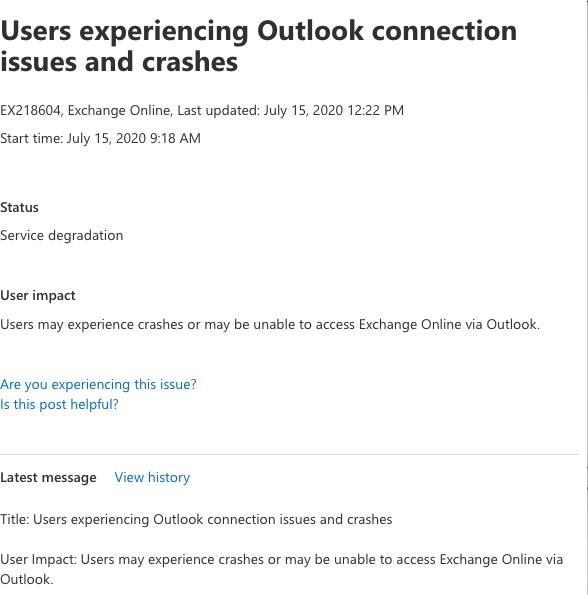 Roughly 3 hours later, Microsoft reported that they were rolling out a fix for the issue and expected the mitigation to reach all customers within a few hours.

Finally, at ~10:30 pm, Microsoft reported that they had completed the fix rollout and confirmed that service had been restored.