The first hurdle we need to get over is the usage location. Since Office 365 is a worldwide service, and Microsoft does not have legal rights to sell some of those services in some countries, Microsoft needs to ensure that users are in a location where the services are legal before they can allow a license to be assigned to a specific user.

This is not an issue for US based organizations, but in countries like India, some of the cloud based telephone services in office 365 are not legal.

Assigning Licenses to a Group

The process of assigning a license to a group is done in the Azure AD portal. Go to the Azure AD blade and select "Licenses." 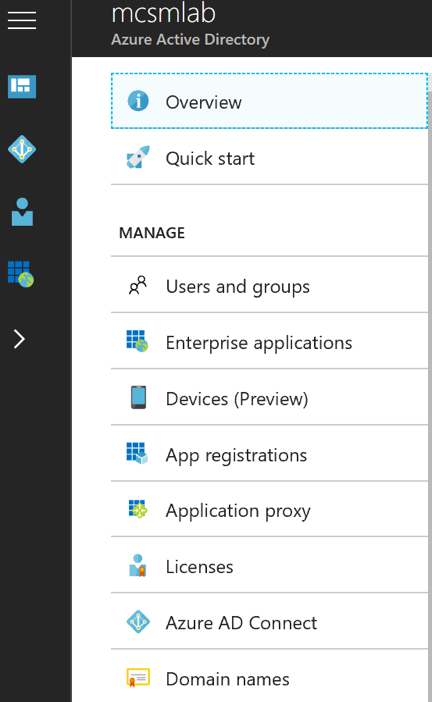 Next, select "All products" under manage and you'll see a listing of the licenses available within your tenant.

Select the license you want to work with (for this example, I selected E3) and then select "Assign" from the top of the menu.

On the next screen, choose "Select users and/or groups" then choose the group to which you want to assign this license.

Under "Assignment options," you can turn off individual parts of the license that you don't want users to get. For example, I tend to turn off Yammer to protect users from being exposed to that mess. Your mileage may vary.

After the license is assigned, you'll get a notification that the assignment was made. 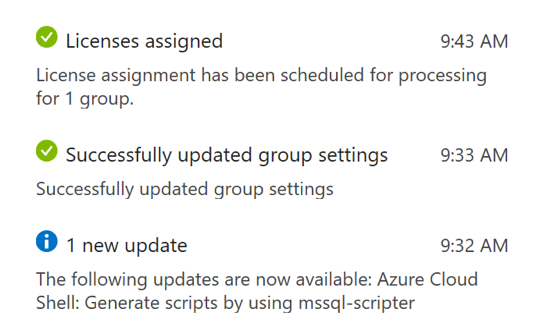 If you add a user to an on-premises AD group, and that group membership change takes 30 minutes to sync to Azure AD, then the license assignment process behind the scenes takes another 15 minutes (about the average based on my testing in my tenant), it can be difficult to figure out why an assignment failed.

In the Azure AD portal, there is a troubleshooting wizard that you can use to assist with figuring out these issues. 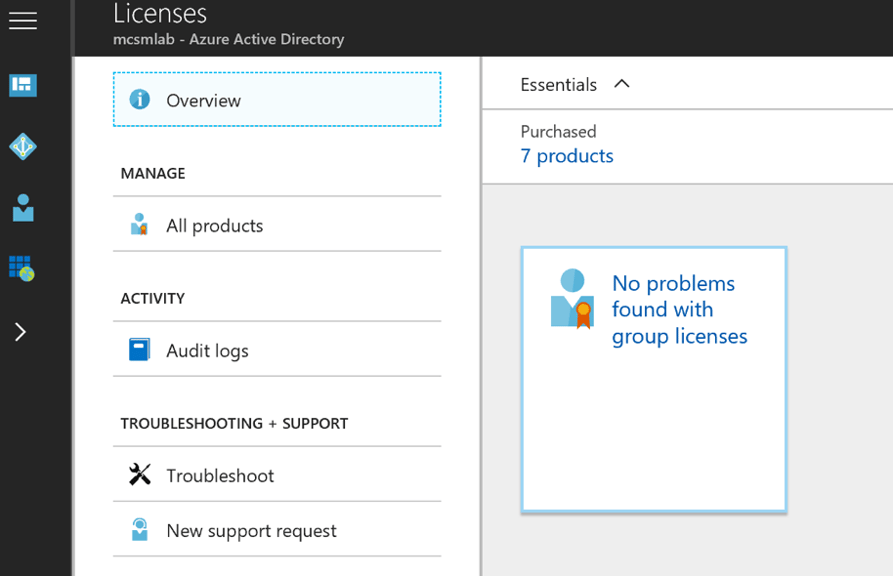 The "Troubleshoot" link on the left takes you to a wizard that will step you through a few issues that may occur. I didn't find it to be super helpful with any of the things I broke in my tenant.

What I do think is most helpful is the audit logs. Below you can see where I assigned the E3 license to the "Executives" group, and where I added a test user to that group and he received an E3 license.

I've found that going through the audit logs given me the information I was looking for on all the problems I created in my license assignments.

Here are a few additional scenarios I found while playing with this feature in my tenant.

You cannot directly remove a license that was assigned my group membership. Trying to do so will result in the following error:

As Microsoft adds new services to a license, that new service will automatically be turned on. For example, when Yammer was added to the E3 license that service was just turned on for all users who have E3 licenses assigned. If you want to save users from having to deal with Yammer, you'll need to manually go into Azure AD and change the services that are enabled under that license assignment.

The ability to manage licenses via group membership is a big plus for Office 365 tenants, but this feature is not fully fleshed out yet. There is clearly some additional work that needs to be done before this feature is fully ready. Hopefully, Microsoft will continue to work out the rough spots and give us a great solution for license management.

Either way, the ability to manage license assignment via group membership is a feature I have used with several customers now. Overall, it's a great feature for Office 365.

Trying to figure out licensing can be a daunting task. ENow's Office 365 License Management and Office 365 reporting tool enables IT Pros to make informed licensing decisions.

As organizations come up on their EA renewal, many find themselves trying to forecast license needs without historical data. Essentially taking a shot in the dark... ENow turns the light back on by providing vital reports including: customizable trend analysis, real time list of licensed users, license addition history, and more!

In addition, ENow can help organizations obtain financial accountability by pinpointing inactive licenses and users that could potentially switch to a cheaper license.

If you have any questions, feel free to chat with our ENow bot and it will direct you to a representative.