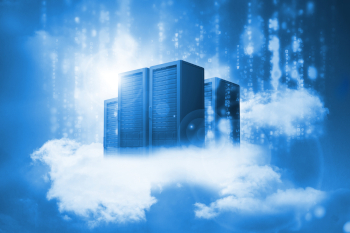 The recent March 15th Microsoft 365 outage would explain why many of your users were complaining and submitting support tickets that day. Unfortunately, that is the least likely scenario for most problems. While Microsoft has occasional issues, the real problem is usually elsewhere.

The network journey from the user (especially the remote user) to the Microsoft Edge is perilous, at best. Tools such as the Service Health Dashboard won’t help you here. It has no visibility into your side of the services, including your network. Microsoft’s Remote Connectivity Analyzer does offer an assortment of tools and tests. But you need a single source of information to fill in the gaps which can only be found through the right office 365 monitoring tool.

Basic connectivity tests are just that. Ping, TraceRoute, and others offers some quick testing, but that assumes you already have an idea where the problem is. That’s just troubleshooting, not network monitoring.

The start of the journey

It starts with the user. For the Office 365 user on the LAN, individual device connectivity is not the typical source of problems. An IP configuration issue is quickly evident, and physical device connectivity is stable. Office 365 Monitoring is still essential, especially for an enterprise with many locations spread geographically. A live network map helps pinpoint issues as they occur.

The pandemic has caused a massive shift to work from home. Many corporations will allow this to continue into the near future. Support expectations are the same, but the home user is out of direct reach of the support staff. And the significance of connectivity is magnified for the remote or home user. QualityOfService (QoS) policies are of no use here. Most home users will connect via Wi-Fi. Even something as simple as changing the physical orientation of the laptop could degrade the Wi-Fi signal (-60 dBm to -50 dBm is preferred) beyond acceptable levels.

And just how are the remote users connecting? Of course, network speed is the first major variable. Each experience is dependent on their chosen provider and plan. The technology itself has limitations. There’s a major variation between a fiber solution such as Verizon’s Fios versus satellite-based options often seen in rural areas. Regardless of speed, the latency weakness of satellite networks manifests itself during delay-sensitive transmissions such as Teams calls. Sometimes users have no other connectivity options. You need a tool to monitor this situation and other points of weakness when troubleshooting.

Microsoft suggests that by providing local Internet egress and by configuring internal DNS servers to provide local name resolution for specific Microsoft 365 endpoints, network traffic can connect to Microsoft 365 front end servers as close as possible to the user.  That won’t be practical for remote users with a variety of service providers. Nevertheless, obtaining DNS connectivity and configuration information in an easily managed view is still valuable. Enterprise-wide information is the key to early detection.

Assuming the packets properly clear the workstation, the next stop on the path to connectivity is the ISP. An ISP issue for an office segment makes itself visible by affecting an entire group at once. This can also be an issue for the remote user at home. Unfortunately, it is not as easy to notice or detect. Enow’s probe technology overcomes this limitation by providing continuous monitoring from the user’s point of view.

The more remote users an enterprise has, the wider the assortment of ISP’s they are using, each with the potential to affect connectivity. Although rare, route leaks or misconfiguration at the ISP level may even have a ripple effect to other companies on the internet backbone. End users would not be notified of any peering changes but could be temporarily affected. A backup internet provider can be a solution for the office environment but won’t be any help remotely. Knowing about ISP changes does not solve the problem, but it does allow you to keep the affected users informed. Having a network map would be valuable to reveal latency and connectivity both to and from each ISP.

At the front door

The Microsoft 365 service front door is the entry point into Microsoft's global network where Office clients and services terminate their network connection. From that point on, it’s in Microsoft’s hands and beyond your control.  So, you need a way to monitor those areas that you can control.

If you’re lucky, enough all of your users are in a single office, you could probably cobble together a collection of tools to give you a foundation for troubleshooting. You’d need a tool for each step in the journey. A hybrid environment would be more even more complex to monitor. It would be clumsy at best, and a time-consuming solution to an essential need. Not a cost-effective method of actual monitoring. Enow’s OneLook Dashboard monitors all of Office 365 from a single pane of glass. When issues occur, OneLook allows IT admins to quickly identify the affected services. The dashboard lets your team “drill down” to find the root cause. You need to know the problem before you can craft a solution or alternate plan of action. OneLook gives the insights you need. 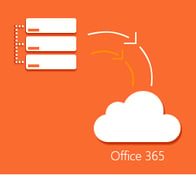 Since June 2011, Office 365 has been the destination for many Exchange, Skype for Business and...

Having grown up with personal computers in the 70s and 80s my introduction to computer science was...